Arguably Shakespeare's most patriotic play, Henry V centers on the charismatic yet cunning king, dubbed ‘This star of England’ (Epilogue, line 6), and his campaign in France. It explores issues relating to national identity, the ethics of war, and England's imperial ambitions and it includes a number of stirring speeches, such as the St Crispin's Day speech and the "Once more unto the breach" speech. It also stages a number of cross-cultural exchanges that rely on heavily-accented voices often for comedic effect.

What these moments highlight, include:
Some suggested secondary reading: 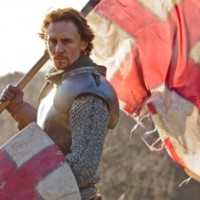